Breaking News
Home / বাংলাদেশ / The festival is going to seize !

The festival is going to seize !

The owner of the land around the road side of the road surrounded by bamboo, took part in his own territory. City Corporation has put in place a few roads, garbage containers. Space has been set up shops. Motorcycles, cars and rickshaws on the road is repaired.
Bil new road traffic, as far as numbers are from the Mirpur-II Festival of possession. Shopkeepers, house owners are happy that they are using the road space. Dhaka North City Corporation Road eviction, saying that the declarations are stuck.
Asked about the property officer Aminul Islam dienasisira first light, pain all over the road. Due to the aggressive attitude of the locals are occupied. Market street in front of the house occupied by the affiliates who have made it there. However, these will not be allowed to be permanent occupation. Must be evicted.
Mirpur-II post office near the headquarters of the bank to the side of the road Agargaon Neuroscience hospital length of 63 km 3 percent. The two-lane road width of 60 feet, five feet on both sides of the sidewalk there. In 1995, the Capital Development Authority (commenced) to create a detailed area plan (DAP) is constructed in accordance with the road. Shewrapara and Mirpur Road, the road is being used as an alternative road.
Can be seen on Tuesday, Barek Molla, at the fork in the road side of the road in Manipur mollapara width is 10 feet. There are a few places, the road next to the road, a lot of land owners within the boundaries of their own took place surrounded by bamboo. Elsewhere around the bamboo has been set up in the shops.
A road has been surrounded by bamboo house was like talking to anyone. Some goats can be seen grazing in the siege. In front of the house, the shopkeeper said on condition of anonymity, has been cordoned off part of the road in front of the house a few months ago.
Roads and road pavement has been built adjacent to the different types of stores. Construction of wooden items, motorcycle and car repair, rickshaw repair work is underway on the road. In keeping with the pedestrian traffic stop building houses sidewalks. Bug row on the road at the intersection of the new road has been Mohakhali, Farmgate human hauler plying the road.
January 9 this year, the Local Government Division Secretary Abdul Malek pirerabaga, Amtala intersection and the north bank of Manipur visited the road. He built the road on both sides of the sidewalk and ordered to remove illegal settlements within three days. The eviction run dienasisi said was evicted.
The road has been put in place at least four City Corporation garbage containers. As a result, the road has become more and more compressed. Broken Bridge area, Manipur School and College, the boy in front of a short branch road from the side of most bhagajure keep garbage containers.
In this regard, the management dienasisira marketing officer Captain Kumar Saha said first light, ‘this area include dienasisira 13 ward. Dienasisira different wards of the garbage transfer (STS) STS Word made, but this is not going to be made. Councilors have been asked to find a place. STS will be removed when the container. “

Previous The newborn baby is fine !
Next Who called the police and handed over to the Ministry of Education twister ! 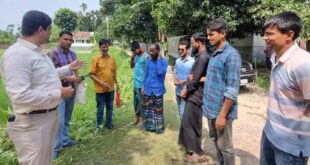 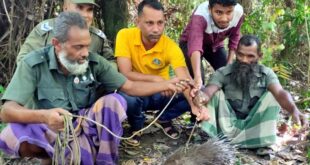 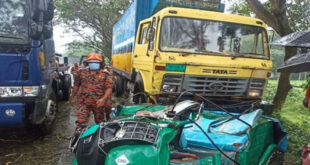 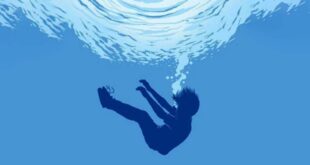 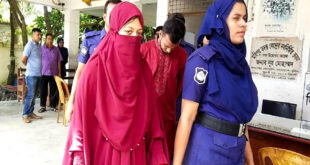 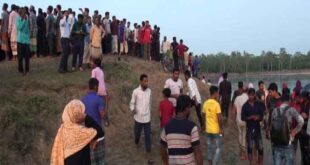